Bangkok welcomes more visitors than any other city

Bangkok is one of the world’s top tourist destinations. The city itself is a true tourist paradise, proved by the growing number of travelers coming each year.

A side of the city itself, Bangkok is also surrounded by many interesting provinces that are worth visiting.

Located at the north of Bangkok are Nonthaburi and Pathum Thani provinces. They have many attractions such as Koh Kret and Lotus museum.

Located at the east of Bangkok is Chachoengsao, a small province with many interesting attractions and activities. Tourists can pay homage to Luang Pho Sothon Buddha Image at Wat Sothon Wararam Worawihan, watch flying foxes, also known as fruit bat, at wat pho, see the golden church at Wat Paknam Jolo, and pray to the giant reclining of Ganesh statue at Wat Saman Rattanaram. There are also old markets for you to visit and shop such as Ban Mai Market, Nakhon Nuang Khet Market, and Khlong Suan Market.

Located at the south of Bangkok are Samut Prakan Province and the Gulf of Thailand. There are many tourist attractions such as Bang Pu, Ancient City, and Samut Prakan Crocodile Farm and Zoo.


Every visitor to Bangkok should see the magnificent buildings within the Grand Palace compound to get a feeling of the grandeur architectural style.


The Rot Fai Market (Train Market) in the Ratchada area of Bangkok brings in the same convivial night bazaar feel, antique curios, and street food snacks and treats from its original location, into an area of the city that’s much easier to access thanks to the nearby Cultural Centre MRT Underground Station.


Discovery Museum is located in ThanonSanam Chai, The Grand Palace, substituting the former building of Ministry of Commerce


Jim Thompson, an American businessman who restored the Thai silk industry in the 1950s-1960s.


Soi Cowboy was named after the cowboy hat-wearing African-American who opened the first bar here in the early 1970s. This adult-themed district has a more laid-back, carnival-like feel to it than Patpong or Nana Plaza. Flashing neon lights up a colourful streetscape comprised mainly of middle-aged expats, Japanese and western tourists.


Nestled in a quiet garden at the heart of the city, this traditional teak house, over 200 years old, is home to a Restaurant faithfully adhering to royal Thai culinary traditions. 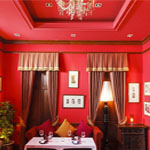 
You really can't miss this fuchsia pink century-old house in the busy financial district of Si Lom - a Restaurant and bar equally funky and hip on the inside. 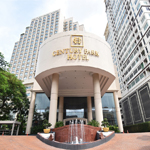 
There are many places to discover in Bangkok, and that is why you need a convenience place to stay. 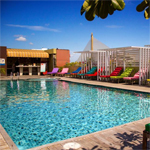